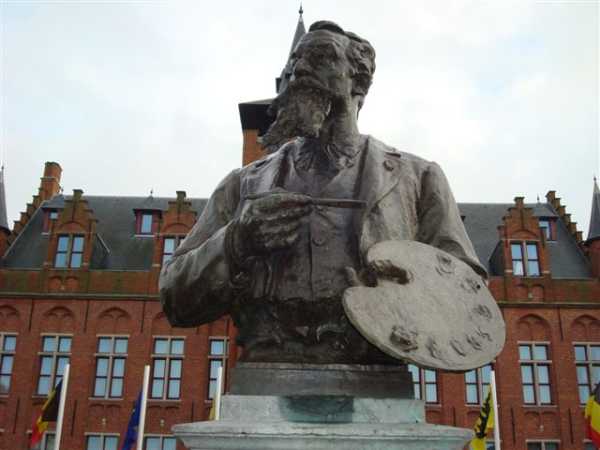 The bronze bust of the mayor of Knokke made by Léon Mignon was solemnly inaugurated on the current Alfred Verweeplein in the year 1896. Ever since then, Statues in the City has had a rich history. In the 1950ies, the municipality first outlined a vision, which was adapted by the evolution of the art world. Since decades, the municipality Knokke-Heist regularly invests in new artwork and also sees to the maintenance thereof.

The seaside resort Knokke-Heist pays plenty of attention to public spaces in order to make its inhabitants, second home owners and tourists feel good when they walk, cycle or drive through the streets. Since the 1950ies, the municipality has pursued an active policy of giving unique works of art a prominent place in the street scene. Since the start of 2000, the superbly redesigned squares were given an extra dimension by the installation of one or several statues. Even a series of moments were given a place within Statues in the City. You can discover a total of 30 statues throughout the city.